skip to main | skip to sidebar

Funded under Rushford's Strategic Prevention Framework State Incentive Grant, a billboard was placed on Route 9 with a prevention message. This same message was used in a movie banner at Destinta Theater. 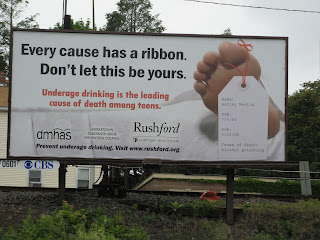 Posted by Sheryl Sprague at 9:31 AM No comments:

Find the story here
Posted by Justin Carbonella at 2:12 PM No comments:

One of the events that the MSAPC holds annually is the White Out Night walk down Main Street, Middletown. The purpsose of the walk is to promote a safe New Year's Eve and prevent people from driving drunk. Here's a link to a story on the event from the YSB blog: http://http://middletownyouthservices.blogspot.com/2009/01/dragons-in-action-helps-prevent-drunk.html

Here's the video from the tv news story from two years ago...

Posted by Justin Carbonella at 10:27 AM No comments:

On behalf of the Middletown Substance Abuse Prevention Council we would like to welcome people to our blog. We hope that it becomes a source of information on prevention information, tips, and events.
Posted by Justin Carbonella at 7:50 AM No comments: